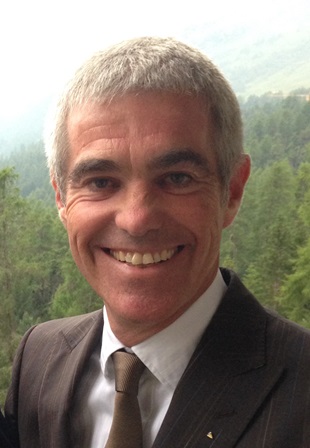 Peter Wetselaar graduated as a dentist in 1986 at the School of Dentistry of the University of Amsterdam, The Netherlands. Since then, he us running a General Private Practice in Heemstede (the Netherlands), together with his wife and colleague Miranda Wetselaar-Glas. Between 2004 and 2007 he followed the postgraduate programme in Oral Kinesiology at the Academic Centre for Dentistry Amsterdam (ACTA).

Since 2007, the General Practice in Heemstede is a referral practice as well for Temporomandibular Disorders and Orofacial Pain, Dental Sleep Medicine (e.g., Sleep Bruxism and Sleep Apnea) and Tooth Wear. Between 2007 and 2011 he was a staff member at a Referral Clinic for Dentistry in Amsterdam, and between 2007 and 2016, he was a staff member at the Centre for Special Dental Care of the Medical Centre in Alkmaar, the Netherlands. Since 2011, he is Head of the Orofacial Pain Clinic of the section Oral Kinesiology of ACTA, since 2014 he is also responsible for the postgraduate programme in Oral Kinesiology, recently transformed into the graduation profile of the Oral Health Sciences Postgraduate Master’s Programme.

In 2016, he defended successfully his PhD thesis: “The Tooth Wear Evaluation System: development and applications” at the University of Amsterdam.

He is a member of the Neue Gruppe (German Scientific Society for Dentists) since 1995, Fellow of the International College of Dentists (ICD) since 2005, member of the Society of Oral Physiology, Store Kro Club since 2007, and member of the European Academy of Craniomandibular Disorders (EACD) since 2007.

He gives lectures about the different domains of Oral Kinesiology (Temporomandibular Disorders and Orofacial Pain, Dental Sleep Medicine and Tooth Wear) in the Netherlands, as well as in Europa, China and the USA.